Wise Women is tabletop roleplaying game in which the players take on the roles of witches living in a remote village, where life is difficult and people often fall prey to supernatural creatures.

The witches have the ability to use magical properties of plants to protect their community and help it prosper, but their skills are viewed with suspicion and prejudice. After all, magic is another supernatural force and the same plants that can heal, can also be used to cause harm.

Will the witches continue to strive to protect and improve their community, or will the prejudice drive them to lash out and turn to violence and Dark Magic?

The game is inspired by Polish and more broadly Eastern European folklore. It is based on the Powered by the Apocalypse ruleset and suitable for 2-5 players.

In addition to  currently downloadable materials, the game will contain the following supplements funded during KS campaign:

- An adventure including info on an additional supernatural creature

- Winter adventure and rules for running games set in winter

In order to download this game you must purchase it at or above the minimum price of $14 USD. You will get access to the following files:

Support this game at or above a special price point to receive something exclusive.

If you can't afford a copy of the game, help yourself to a digital community copy.

I've been in a game of this for about a year as a player and it's a really lovely system. It nurtures relationships and interactions in a way a lot of other TTRPGs I've played don't, and I particularly enjoy that there is no levelling system as it moves the focus away from a linear idea of progress to instead put the focus on storytelling and community. Some of the spells descriptions are imprecise, but this isn't a problem as we just leave it to the game master's decision and that works well.

The game book and character sheets are really well laid out and formatted and I adore the illustrations. I recommend it hugely to anyone who finds systems like Dungeons and Dragons too focused on accumulating power and resources and for anyone who wants a game that mechanically reflects social ties and efforts in a way that isn't about rolling a dice to manipulate someone.

Thank you so much for such a lovely comment. I'm so happy to hear that you're playing Wise Women and enjoying it!

Hi! I can see that a PDF is available, but are there physical copies available as well? The holiday season is coming up and I’d love to get a book as a gift!

Hey, thank you so much for your interest in my game! I have some physical copies left but unfortunately they're currently in storage in a different city. I want to fetch them but it will take me a bit of time. If you're willing to wait, I will let you know when I have them and can post them.

That would be wonderful! Thank you so much!

Greetings! I would very much like to purchase a physical copy, as well, when the opportunity presents itself.

I would be grateful if you would let me know when you have physical copies available again, too!

Hi! We played Wise Women in two different occasions last week and both sessions turned out very nice! Thank you for you beautiful game! Greetings from Italy :)

Thank you so much! I'm so glad you're enjoying Wise Women! <3

Nice game! Thank you very much

This is fantastic. Do you have physical copies?

Thank you! Physical copies were available through KS, but I have some left, if you are interested. Let me know what is the best way to contact you about it!

I would LOVE a physical copy :) email/discord/insta would all be fine, what's your preferred method?

Hi there! Im also interested in a physical copy too if there are any still available. Sent you a request on discord :)

Congrats on the ENnie Nomination for BEST GAME!

Thank you so much!!!

As a new itch user, it was not obvious to me how many players this game supports. I’m really new to TTRPG, is this 2+ players?

I really like the aesthetic and love put into this ttrpg

big fan of the design aswell

Thank you, I'm so happy to hear that! 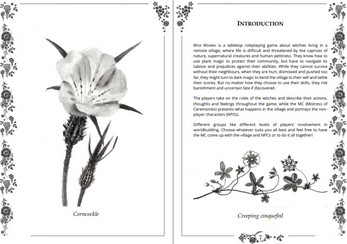 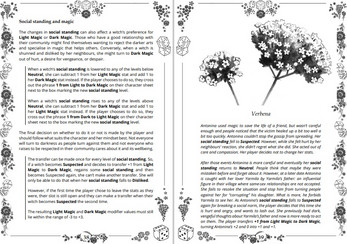 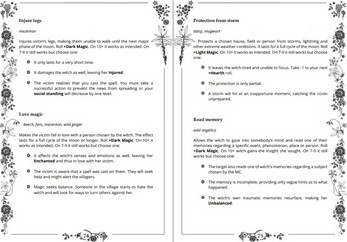 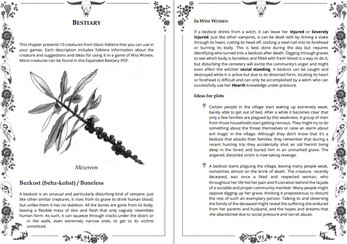